We all are aware of the important role calcium plays in building and maintaining strong bone composition. Several recent studies have shown that consuming calcium can have both positive and negative implications.

On January 16th, 2008 a New Zealand study was released which linked calcium supplementation to increased strokes and heart attacks in healthy postmenopausal women. The study participants were given 1000 mg of calcium on top of their dietary calcium intake of 860mg/day. (1) As a result of this study, members of the Scientific Advisory Council of Osteoporosis Canada released a calcium update statement suggesting that individuals calculate their total dietary calcium before considering supplements. (2)

In a different research study (3) conducted last summer, researchers at McMaster University in Hamilton, Ontario, found that fat-free milk consumption after strength training was a more effective means to increase lean mass compared to either soy protein milk or a carbohydrate beverage.

The study involved fifty-six healthy young men that weight trained five days per week (alternating muscle groups). The fifty-six men were divided into three study groups using a random selection process. Each member in a study group was required to consume two cups of a selected beverage (either soy protein milk, fat-free milk or a carbohydrate beverage) after their training session was completed.

The milk group also gained more muscle than the other two groups.

Both of these studies illustrate the importance of the source of calcium and its affect on overall health. The concerns raised with calcium supplements versus dietary calcium in the New Zealand study, as well as the benefits seen in the McMaster study of the consumption of milk after weight training gives you one more reason to ask yourself: “Got Milk?”

2. To link to the calcium intake summary from Osteoporosis Canada click here. 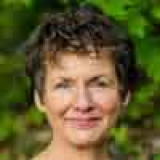 Margaret Martin is a Physiotherapist, Certified Strength and Conditioning Specialist (CSCS), and Certified Yoga Teacher with over 30 years of experience helping people achieve their health and fitness goals. She is the author of three books: Exercise for Better Bones, Strengthen Your Core, and Yoga for Better Bones, and two professional education courses, Building Better Bones and Building a Stronger Core. Margaret owns Function to Fitness Physiotherapy in Ottawa.